We’re Vanessa and Martin, owners of Otter Lodge. We run our B&B together, with our two sons Darach and Ewan, having landed on the beautiful Isle of Skye in 2012. 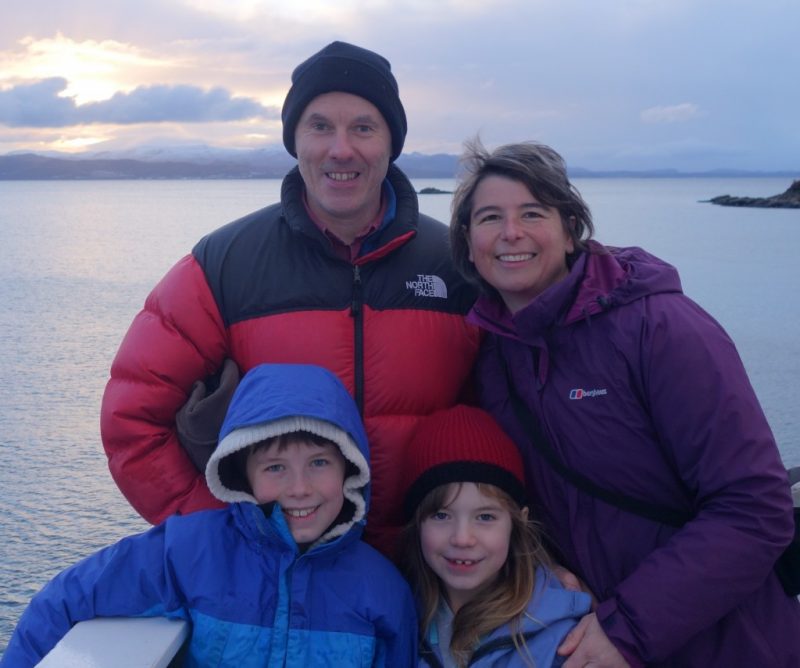 Anybody who spends time at our B&B might find themselves a wee bit confused. Our boys, who often open a conversation with ‘what country are you from’ are, quite clearly, Scottish. But Vanessa, who introduces herself to Canadians as a fellow citizen, will equally tell English visitors that she’s from Norfolk. In truth, she’s spent the largest proportion of her life in Scotland. Go figure. Fortunately, Martin is more consistent about his background and is simply Highland Perthshire, born and bred. 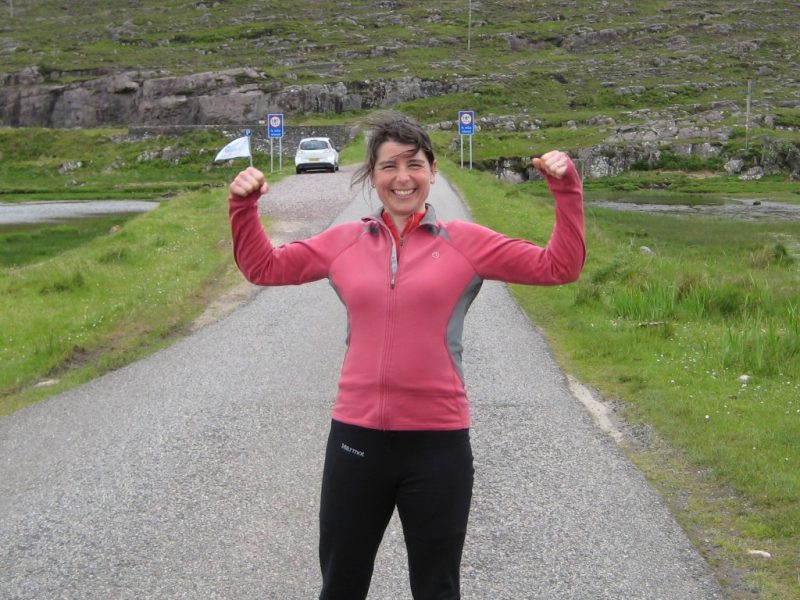 We both first came to Skye to climb mountains; little did we know that we would return as married couple to run a business here. If anyone had suggested this twenty years ago, Martin would have thought they were joking! Vanessa’s passion for mountains probably first began when she was growing up in British Columbia. It was a bit of a change when her family moved to one of the flattest parts of the UK. Fortunately, mountains were replaced by beaches with year-round swimming potential. After a few years living in London as a student of conservation, she decided the time had come to live somewhere more wild. She grabbed the chance of a job in Scotland, to discover that it had both mountains and beaches. 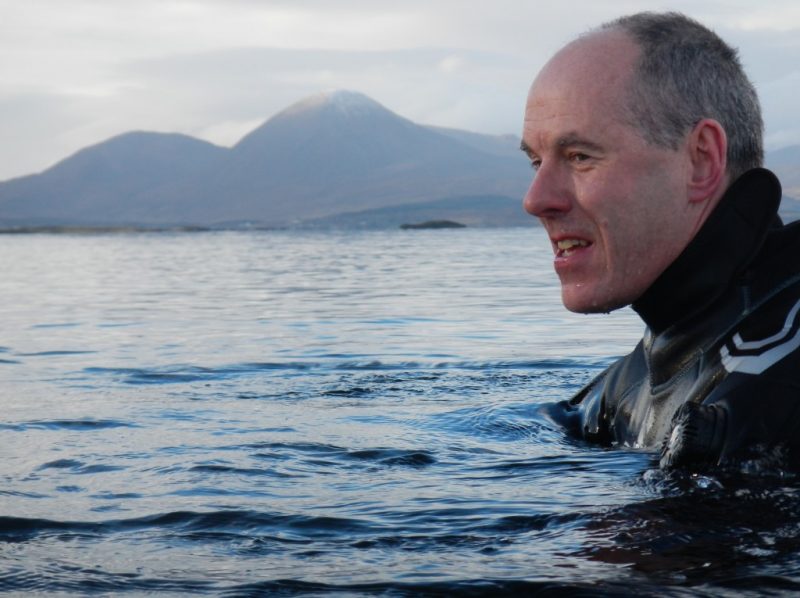 Whilst Vanessa was somewhere mid-atlantic, Martin was probably standing up to his knees in a remote loch somewhere. His dad was a biologist, interested in sea trout and the effects of acid rain, and so holidays were often considered as research trips with children as free members of staff. By the time Martin was ten he was already a pro at walking huge distances to fish all day and mostly catch nothing; all in the name of science. His first introduction to ‘real’ work came in the shape of an apprenticeship in a traditional Scottish bakery. Long hours, mostly at night, meant that after twenty years of bread making he was ready for a change.

We started thinking about setting up a business together during a pre-children, year out we took in 2003. We met through a mountaineering club, and after a few years of climbing together we decided to head out into the world for a bit of adventure. Halfway around the globe we decided to secretly get married and knew then that we could probably share both life and work without killing each other. At least so far! We love being here on Skye, we hope you will too.

A year in the life of the Otter Lodge crew! 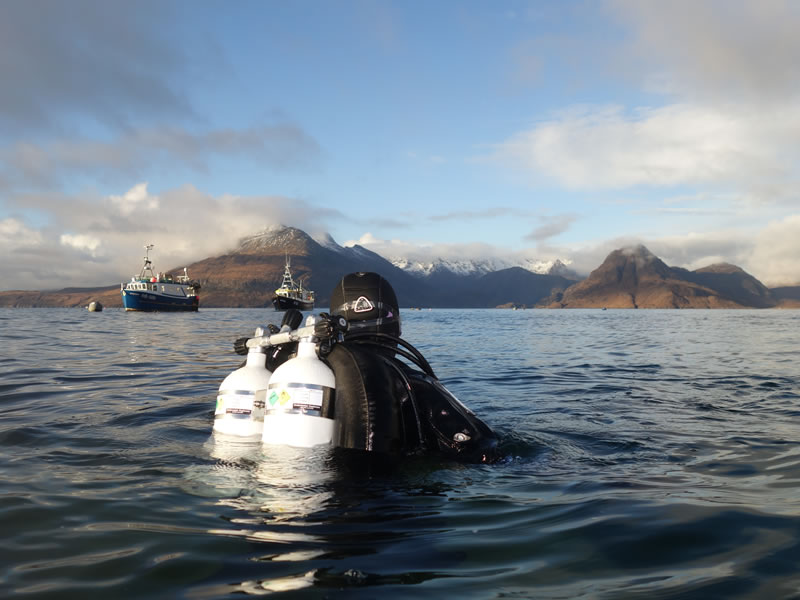 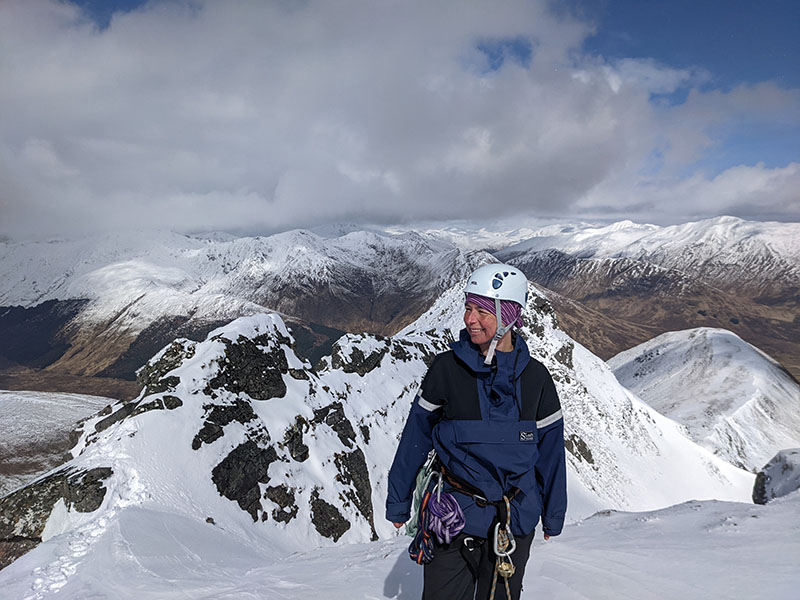 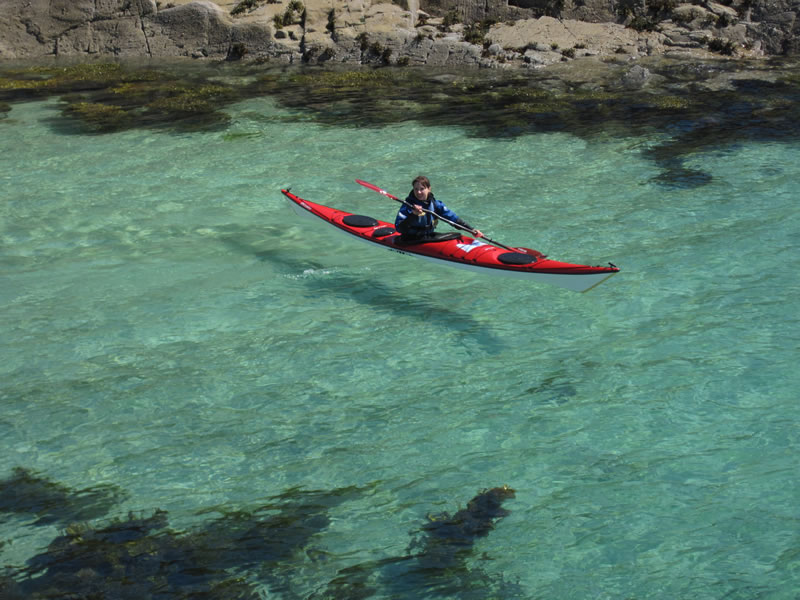